Although our core-goal is actually advancing science, peer-reviewed publications really are the currency of academia. That is, together with grants, they are the yardsticks by which we are all measured. You will need to have a well-developed publication list if you want an academic position, and will need to enhance that list if you want to keep your academic position.

Publishing in the types of journals we target usually is a long, slow process that requires skill, patience, perseverance, strategy, and at times a thick skin. The time lag between original manuscript submission and formal acceptance may be several months, and it is good to have several manuscripts on the go. Because it can be a sensitive subject, here are some rules than run the international publication system.

Students often have questions about who is entitled to be an author on a publication. Usually, the question doesn’t involve the first author so much as who will be added as co-authors and in what order. This question creates some of the bitterest arguments in science, but they are usually avoidable as long as everybody knows the ground rules beforehand. However, each case is different.

There are some simple rules I try to follow here, but they aren’t etched in stone. In general, I try to follow the example laid out by Dickson and Conner (1978. Wildl. Soc. Bull. 6:260-261), who identify 5 components to preparing a scientific paper:

In brief, anyone who contributes substantially to 2 or more of these 5 areas is entitled to be an author on the paper. One very important component of authorship, and one that I insist on, is that any author on a scientific paper should be able to present it (for example to colleagues at an international meeting). If not, then there is a problem and probably the author list should be given further consideration.

When two authors provide an equal contribution to one paper, they can share first authorship. It is never easy to compare contribution, especially if they are qualitatively different, so that may be a tricky part. It is in general best to agree to this before hand and to ensure that efforts are kept according to plan. Disagreement for authorship can be avoided (and are) with good will, trust and honesty. No big surprise here. Unfairness to your co-workers will never be rewarded in the long term (academia is a small world) and at the very least there is a substantial chance that you will be disliked by your team-mates and also be reborn as a cockroach in your next life. Better play it fair then.

This is another topic that can cause conflicts that should really be easily avoided. Technically, if you are employed by the university as a graduate assistant or even a technician while you are collecting and analyzing your data (so that implies virtually every case), then those data belong to the university/CNRS under my auspices.

Actually, if funded by an outside source, then they really belong to that source, but usually the funding source identifies the university/CNRS as the repository for the data. All this notwithstanding, both the student/postdoc and the supervisor usually end up with a copy of the data collected by the student/postdoc; but don’t forget to leave me a full copy of your work here (not just the final report, but the raw data as well) if I don’t have it already. Biological samples, field notes and database do not belong to students or researchers, even if they collected them or worked on them for years. 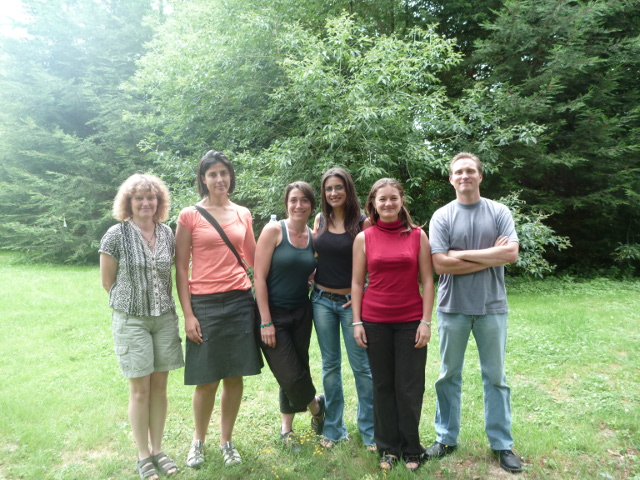